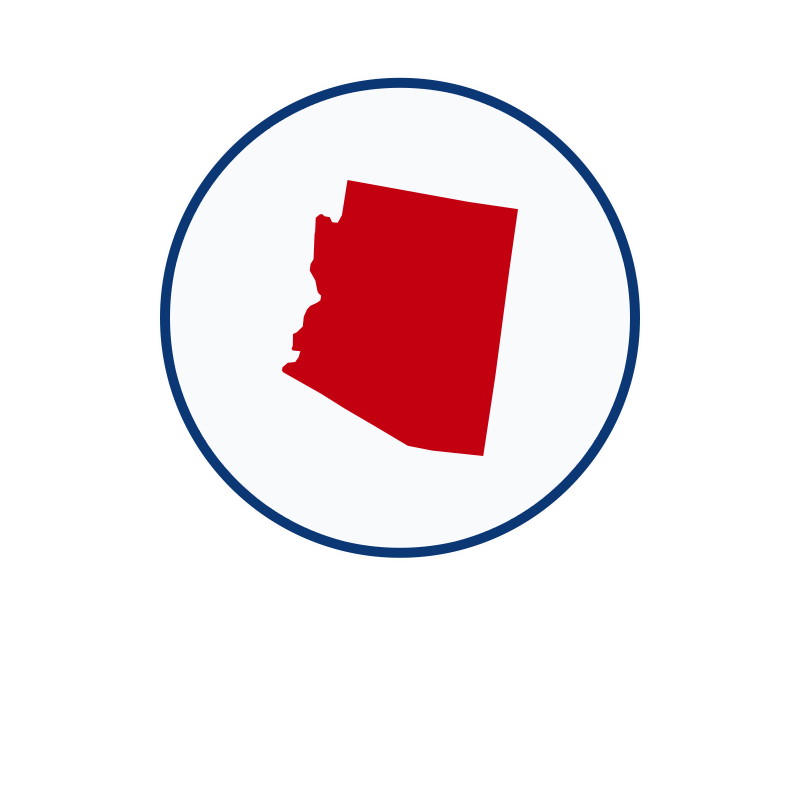 Of the many numerous images that are evocative of the history of the Old West, those of hardscrabble miners, nefarious lawmen, and inveterate gamblers crowded around a gaming table in a boisterous saloon is one of the most poignant. Towns with names like Abilene, Kansas, Deadwood, South Dakota, and Pikes Peak, Colorado fill the pages of history books and the imaginations of generations of Americans.

Perhaps the most famous of these towns on the American frontier however, is Tombstone, Arizona. Made famous in legend and lore, the town's reputation for incorrigible behavior threatened to torpedo the 1912 admission of The Grand Canyon State as the final "Lower 48" in the Union before the state's Founding Fathers agreed to shutter the offending casinos.

In keeping with their commitment to ban gambling from their borders, Arizona legislators have adopted a strict approach to their enforcement of gaming laws within the state, and they have embraced one of the broadest definition of what encompasses gambling.

Conversely, the state also supports a host of regulated gambling endeavors including nearly two dozen tribal casinos dotted around the state, social gambling, horse racing, and charitable gambling. As with most states, social gambling in Arizona is defined in a typical manner. To wit, in a social gambling situation, "no person should benefit from operation of the game, and all players must enjoy equal standing under the rules and structure of the game.

Under Section 13-3301 of the Arizona criminal code, gambling is defined, in part, as "Gambling" or "Gamble" means one act of risking or giving something of value for the opportunity to obtain benefit from a game or contest of chance or skill, or a future contingent event."

What sets this Arizona statute apart from just about every other state in the nation is its prohibition against games of "skills" in addition to games of pure "chance."

Owing to these strictures against games of "skill," poker would most certainly fall outside the realm of legality unless played through one of the state's regulated gaming markets listed above. While the legislation neither addresses live poker nor online poker specifically, the prohibitions against games of "skill" certainly would include both forms of gaming entertainment, but players are not legally challenged with an arrest, while bookies and gambling operators are occasionally targeted when law enforcement officials receive specific complaints of abuse.

Is Online Poker Legal in Arizona?

Like many jurisdictions, The Grand Canyon State's legal code is outdated relative to the fast advances of online gaming in the last decade, which allows room for interpretation when testing the laws against new online gaming platforms.

Most assuredly, Arizona's gaming community is bustling. With more than three and half million people over the age of 21 calling Arizona home, industry experts estimate that ten percent, or 350,000, are keen to play poker in the hot Arizona desert. For those on the state's borders, due south leads to gaming options below the United States-Mexican border, while a trip northward brings residents to the gaming tables of Las Vegas.

As mentioned, the state also sports a thriving Indian gaming industry with twenty-two casinos in operation across the state, and sixteen of those feature live poker rooms that rival the best gaming options on the Las Vegas famous Strip. While the rise of tribal gaming in the 1990s sparked a myriad of legal challenges that rocked the Arizona court system well into the next decade, but have now become a bastion of legal gaming for the avid players of The Grand Canyon State.

Still at issue, is the fate of online poker in the state. Arizona law stops the state, or any tribal organization, from establishing to conducting an online gaming presence under the provisions of Arizona Revised Statutes 5-501 (I) and 5-601.02. As such, poker aficionados can expect to see further courtroom battles.

While the legal prohibitions against gambling can easily be applied to online gaming, no specific Arizona law currently criminal online play specifically. To date, no record indicates that any individual online poker player has been prosecuted for playing.

Is it Illegal to Play Poker in Arizona?

Yes, it is illegal to pay online poker in Arizona under the broad interpretation of the word "gambling" in the state. While no criminal statutes specifically mention either the internet or online gaming, the state has certainly outlawed the practice under the broadest understanding of their legal code.

An open ended question, as mentioned, the state is still battling with tribal groups over their ability to establish and operate a legal online poker platform, so whether or not Arizona will be moving towards a regulation of online poker is difficult to judge. A silver lining for proponents of legal online poker is an exploration of the state's Social Gambling definition.

Arizona's stance, which indicates Social Gambling is expressly legal, one might theoretically operate a not-for-profit site that doesn't take a rake? One would also seem to think that the gamers is playing for entertainment rather than profit, which is perfectly legal under current Arizona law.

As legal gambling is the province of tribal areas within Arizona, many legal questions are yet to be addressed before a widespread acceptance of online poker play. Whereas state legislators seem conservatively opposed to an expansion of online gaming options, specifically if it means adhering to a federal mandate, the body might need to be pushed through a popular referendum of the citizenry.

History of Gambling in Arizona

Gambling was synonymous with the old west, and Arizona's frontier history was no exception. In a bid to secure statehood in 1912, the territory outlawed all forms of gambling, which was in line with early 20h-century sensibilities during the height of the Progressive Era.

Such was the state of gaming affairs in Arizona for the next seven decades when state legislators voted in 1980 to participate in a state lottery system. Today, the state is part of the multi-state lottery Association with such draw games as Fantasy 5, Powerball, The Pick, as well as a myriad of instant scratch tickets.

Eight years later, tribal casinos were legalized, which launched a decade of legal challenges that have finally subsided, but future battles loom on the horizon concerning what, if any role these tribal organizations will have in the creation and operation of online poker rooms.

Reviving a frontier tradition centered on horse racing was the impetus for the 1992 passage of legalized horse racing in the state. Currently, people who like to "play the ponies" have three legal race tracks to ply their particular skill set.