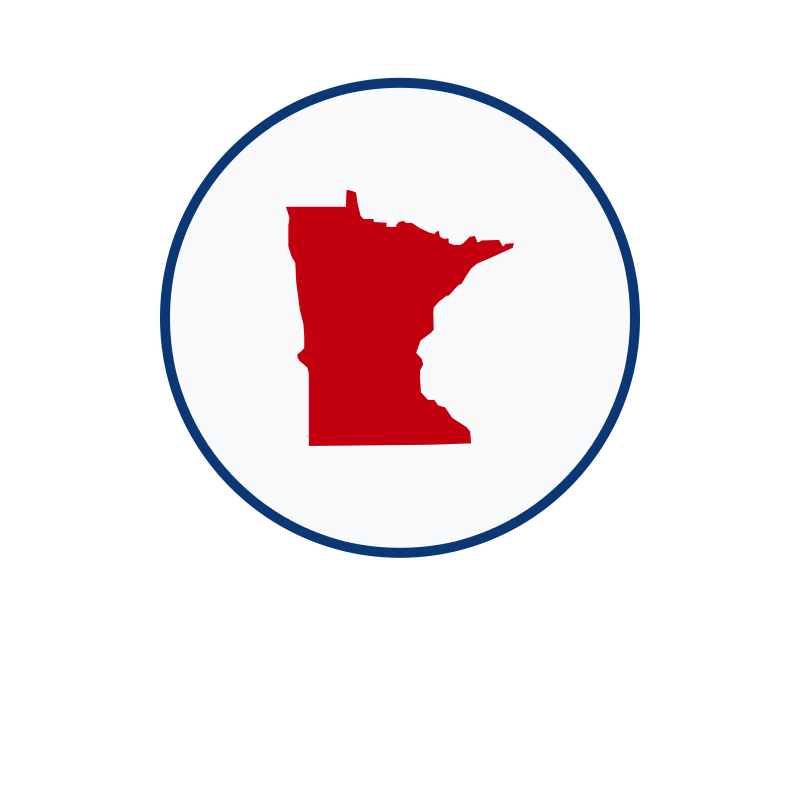 Tucked up in the northern extremes of the country, recent emigrants from the New England area carved Minnesota's statehood out of the wilderness, and these emigrants carried with them the Puritanical notions of their Puritan forefathers. As such, the state's founders broadly outlawed the practice in early legislation prior to enshrining the prohibitions in the 1857 Minnesota constitution.

The early economic fortunes of the state were built on logging and agricultural pursuits. This changed somewhat in the 1880s with the discovery of iron deposits along the Vermillion and Mesabi Ranges, however.

The establishment of a vibrant mining economy, and raucous mining camps, staffed by rough and tumble miners created a community that did not share the moral outrage over gambling that the state leaders in Saint Paul.

Existing laws drove gaming and gambling underground nearly as deep as the mines probing for rich iron deposits, and gambling remained underground for the better part of the next century in the Gopher State.

Changing sensibilities and declining economic conditions moved the state into the column of jurisdictions that have loosened their laws and attitudes towards organized gambling. Today, with the exception of commercial casinos, Minnesota residents have a full range of options to help them scratch that gambling itch.

To understand the future of regulated gambling in Minnesota, let us first look to the past and see what they have accomplished to access any likely changes in the near future.

Like the legislation of most states regarding evolving gambling laws, the state serves up some generalized specifics with a dash of ambiguity. Unless not specifically permitted under Minnesota law, all gambling is considered illegal under state statutes.

Under the provisos of Section 609.755 defines "illegal gambling" as a charge of "acts of or relating to gambling, which translates into a misdemeanor charge to make a bet, participate in an illegal lottery, or disseminate any information regarding an illegal gaming scheme.

Clearly, for the casual gambler, the key component of the legislation centers on the definition of "bet," and that is "a bargain whereby the parties mutually agree to a gain or loss by one to the other of specified money, property, or benefit dependent upon chance although the chance is accompanied by some element of skill."

Through the referendum and legislative process, numerous gambling options are legally available for Minnesotans.

Access to pari-mutuel betting at state approved racetracks and designated betting facilities, a statewide lottery, access to tribal casinos, and a burgeoning charitable gaming sector that purportedly fuels a billion dollars of economic activity throughout the state are all available to eager players.

The one missing element of a complete complement of gambling endeavors is the absence of commercial casinos. Under that prohibited umbrella, the state has not joined the craze of commercialized riverboat gambling that has swept every part of the Midwest that touches upon a patch of water.

Filling that gap are twenty Indian casinos on native lands that offer a full range of Classes when it comes to casino offerings for Minnesota visitors and residents. For regulatory purposes, the federal government recognizes three separate classes of Indian gaming:

Clearly, there is room on the Minnesota gambling landscape for expansion with at least the addition of a commercial casino sector, but like many states, probing the frontier of online gambling makes for an interesting conversation amongst gambling enthusiasts in the Gopher State.

Tucked into the grey area of archaic legalize, the statehouse in Saint Paul has yet to catch up to the reality of the Internet as it relates to the future of online gambling throughout the state. Indeed, the legal code does not address the issue at all. As such, online poker players in Minnesota can look to the absence of language as an implicit nod to the practice, which is in fact the way most jurisdictions look at the issue.

Enforcement efforts universally target the owner and operators of such websites, and there is no record of prosecutions against Minnesotans or any other American for simply placing a wager. That being said, owing to the explicit wording against betting in the Minnesota legal code, online poker is probably illegal by the sheerest letter of the law.

In addition to answering the skill defense typically invoked in questions about the legality of poker, the state notes that any element of chance negates whatever skill is involved, but the mere fact that the state has yet to regulate the online gambling market would certainly make it an illegal gambling act under the law.

Is it Legal to Play Poker in Minnesota?

Class III Indian casinos offer a myriad of poker games, so players can find their game of choice from three-card stud to Texas Hold 'em. Poker clubs easily fill any geographic holes in the map, and are completely licensed by the legislature in Saint Paul, which makes playing safe, secure, and easy.

Additionally, individually licensed charitable events offer a lucrative poker environment for players also looking to support a good cause. These fundraising events draw an estimated billion dollars into local community charities, and while the feature an array of games like bingo, raffles, and drawings along with the ubiquitous sanctioned poker games.

Finally, social gaming is a protected facet under Minnesota law with small stakes games where friends congregate around a table for a friendly game. Like most social gaming legislation, the law mandates that no one player should stand above the others owing to the fact the person is hosting and organizing the game.

From an infrastructure point of view, Minnesota has what it takes to make the move into the regulation of the online poker market within their jurisdiction. The state has already embraced the technology from the racetrack to the lottery office.

Pari-mutuel betting opened the door on Internet betting, and the 2012 final approval of electronic pull-tab machines further wedged the door open. Removing he door completely from the hinges would be the metaphorical equivalent of regulating online poker.

Does the political leadership in the state have the political will to pull the trigger, however? There has been little chatter coming from the corridors of power, but the owners of the state's three racetracks are pushing hard for moving in that direction in the expectation that they will be the recipient of any future licensing to operate the games.

Minnesota has taken a pragmatic and measured approach to its expansion of gambling opportunities in the state. While that will undoubtedly dictate the decision and timeline regarding online poker regulations in the future, no one expects Minnesota to join the next wave of states betting on online gambling as the future for the state.

Indeed, in all likelihood, Leaders in Saint Paul will invariably be watching the progress of nearby Iowa that is much closer to making the jump before Minnesota follow suit.

History of Gambling in Minnesota

Gambling in Minnesota began long before the advent of European settlers. Notably, the Lakota Sioux routinely played games of chance and skill as they celebrated their native festivals.

The post war years following the Second World War noted a loosening of laws in Minnesota that facilitated a growing acceptance of gambling in the Gopher State. In the year the Axis folded, 1945, state authorities legalized bingo for charitable purposes, and a growth of slot machines forced the legislature to curb the practice with a 1947 measure. Social gaming came to the state in 1963 with the lottery arriving a decade later.

As such, perhaps it is appropriate that Native American casinos play such an important role in Minnesota's gaming industry. Federal passage in 1988 of the Indian Gaming Regulatory Act set the stage for the expansion of an industry, which by 1994 included fourteen tribal casinos.

Recent decades witnessed a voter rejection of off track betting in the middle of the 1990s, by the close of that decade, unbanked card games were regularly offered at Canterbury Park. In 2005, Texas Hold 'em tournaments were legalized in restaurants and bars throughout the state, and an electronic pull-tab game received authorization in 2012.

In as unfortunate back step towards online regulation, proponents received a blow two years ago when a bill was passed and signed into law, which halted the sale of online e-scratch lottery tickets in a reversal of fortunes for online gambling advocates