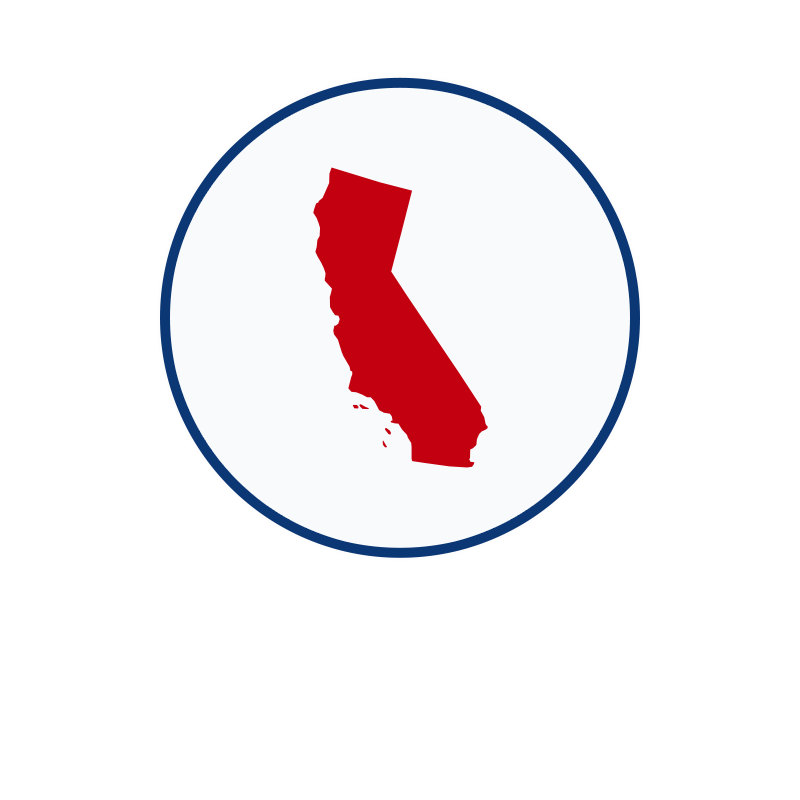 In many ways, California's entry into the United States was predicated on gambling. Indeed, it was the gamble that prospectors would strike it rich in the California Gold Rush that quickly saw the territory's population jump from 92,000 to an astronomical 379,000 in the decade between 1850 and 1860. That optimism has continued over the next century and a half leaving the state as the largest in the nation and a huge proportion of those residents still love gambling when offered the opportunity to play their favorite game of chance.

In fact, it is California, and not neighboring gambling Mecca Nevada, which has earned the Golden State he reputation as the nexus for poker play in the nation owing to its proliferation of licensed, high-stakes poker rooms dotting the state, the growth of Native American casinos, and recent efforts to legalize online poker play that is currently being navigated through the corridors of power in the state's capitol in Sacramento.

Needless to say, when it comes to demographics of any description, California is always the elephant in the bed that nobody can ignore by dint of its huge demographics. More than 38 million people call the Golden State home, and so when it decides it wants to eat crackers in that bed everyone else can't help but notice the resultant crumbs. Therefore, all eyes are pointed towards the state to see which way it is going to jump in terms of regulating online poker gaming. After a decade marked by disappointment however, things are looking up in the Golden State.

For the poker playing aficionado in California, recent developments over the past decade makes playing their favorite card game easier from both a logistical and legalistic point of view. To understand the full impact these changes have wrought for Golden State denizens, let us explore the history and current gaming laws governing the continued growth of gambling legislation in the state.

As it stands, Californians already have numerous options when it comes to scratching that gambling itch. The state has legalized the following gaming concerns including tribal gaming operations, card clubs, charitable bingo gaming earmarked for charitable causes, pari-mutuel horse betting, and of course the state's lottery.

In fact, should the urge arise, California residents can readily queue up to play at nearly a hundred real money poker card rooms, over five dozen tribal casinos, and a myriad of horseracing tracks dotting the state in numerous jurisdictions.

With such an expansive outlook on gaming activities, it might be surprising that online poker regulations have not gained legislative traction, but various stake holders in the California gaming community have put up a staunch fight against legalization designed to open the state up to internet gambling options.

With, on average, four online gambling bills dying in every legislative session since 2007, these shareholders pose a formidable obstacle to eventual passage of a new online gaming law. The sharpest arrow in the opposition's quiver however, is the "Bad Actor" argument, which serves to divide competing factions within the state when it comes to gathering the two-thirds majority required for passage.

In California political parlance, a "Bad Actor" is an online betting operation that continued accepting real money bets, in contravention of federal passage of the Unlawful Internet Gambling Enforcement Act (UIGEA) in December of 2006.

Specifically, gaming juggernaut, PokerStars, continued to accept payment from American players for almost four years until the United States Justice Department moved against the operation by seizing their domains and handing down indictments to thirteen company executives. The company eventually reached an agreement with the DOJ, and wrote a $700 million dollar check to pay the resultant fine.

Arrayed against this push, the larger tribal organizations of The Agua Caliente Band of Cahuilla Indians, and the Pechanga Band of Luiseno Indians seek to exclude PokerStars on the basis of the "Bad Actor" clause. This division has slowed the passage of any meaningful online gaming legislation. As mentioned however, industry watchers are hopeful that these loggerheads will clear in the near future thus facilitating passage of an online poker regulation within the state.

Like many states, the California legal code is mired in a firm grey zone when it comes to online poker laws. For instance, a close reading of the California Revised Statutes will reveal no language suggesting that the practice is legal; neither would it suggest that online gaming is illegal. Savvy online poker players quickly came to realize that federal strictures were aimed at site operators and their banking backers rather than towards the individual online player.

The justice department's focus on the big players in the online gaming industry, and the inherent latitude afforded players, owing to the ambiguous language within California's legal code, Californians can easily sign up for any online power site that will accept their application and begin playing the game of their choice.

That being said however, the mere shadow of government overreach dampens the enthusiasm for thousands of players who eschew the online poker sites in favor of the many tribal and privately licensed card rooms established throughout the state.

As such, any move to clarify the state's position regarding the legality of online poker play could be a potential game changer when it comes to the movement to regulate online poker nationally. As mentioned, the sheer size of California's population guarantees that any move towards regulation will transform the way decision makers view the online playing practice from state capitals across the United States.

Is it Legal to Play Poker in California?

As mentioned, with a myriad of licensed card room and tribal casinos available within the Golden State, it is legal to play poker in California. Expanding the question to include online poker play muddies the waters somewhat, however. Two factors come into play when parsing through whether or not it is legal to play online poker in California. The first is whether or not there is an explicit sanction against the practice while the second concern deals with enforcement issues. After all, if the authorities fail to initiate any enforcement proceedings it does not really matter whether or not the action is legal or not.

Entwined within this distinction is an understanding of prohibition versus regulation in governmental parlance. For instance, the former, prohibition, indicates that the state has outright banned an activity as illegal while the latter, regulation, indicates an effort to allow certain activity within the framework of established rules. As an example, alcohol sales are legal in California, but the state sets forth rules on how the sale can be accomplished like age restrictions, limiting hours of sales operation, and licensing requirements.

In other words, while online poker in California is not regulated, neither it is prohibited under state statutes. Indeed, there is no California law that directly prohibits or criminalizes the placing of an online wager.

In addition to the aforementioned tribal disputes that are thwarting a speedy implementation of online poker regulations over the participation of PokerStars in any future regulatory process, but also strong push back is being organized by the powerful horse track workers union. That does not mean that online poker regulation in California is dead despite the political clout these groups wield.

At present, there is one bill wending its way through the legislative corridors in Sacramento, California, AB 2683, that promise to move the question forward on whether or not the state should regulate online poker play. In its present form, the bill calls for the regulation of online poker while continuing the outright ban on casino-style games.

Addressing the "Bad Actor" clause, AB 2863, which passed through the Assembly Appropriations Committee in July 2016, to bar such bad actors from the California market for a period of five years following legalization of online poker play? For those sites unwilling to wait that five year period, the legislation allows for a onetime fee of $20 million dollars into the state's General Fund that would allow for immediate participation from a site such as PokerStars.

Industry optimists are confident that the next four to five years will see the State of California moving forward to regulate the online poker market. Following in the wake of Delaware, New Jersey, Connecticut and Nevada, California's entry into the online poker pool will cause a splash heard from the Left Coast to the Right Coast and all points in between. For many, the question of legalized online poker in California is not if, but rather when.

The millions of players who enter the online poker market from the Golden States will guarantee a host of playing options undreamed of in smaller populated states like Delaware and Connecticut for instance. Owing to the power of interstate compacts, the players in each state will be able to partake of the gaming options the other jurisdictions enjoy.

History of Gambling in California

We entered into the discussion of California's online poker by referencing the risk taking spirit of the prospectors who flooded the territory in the opening decade of the California Gold Rush. It should be mentioned that in all likelihood, one could find a deck of cards in the pockets of those Levi canvas dungarees the 49-ers wore into old country. Indeed, gambling houses proliferated wherever miners congregated, and playing poker was firmly a part of the popular culture when the territory achieved statehood in 1850.

Tracing a trend that was arcing across the nation, the gambling urge died down in California over the succeeding decades but never entirely left the state. In an effort to fill depleted state coffers at the height of the Great Depression, the state legalized state-overseen horse racing in 1933. Thus began a steady climb of gaming diversions that climaxed in 1984 with approval of a state lottery.

As if a magic wand was waved over the state, card rooms and licensed casinos began popping up in jurisdiction from San Diego to San Francisco. As an example, the Los Angeles Commerce Casino hosts 240 poker tables making it one of the most expansive such venues in the world.

Passage of the Indian Gaming Regulatory Act in 1988 opened the doors for tribal gaming across the nation, and California's more than fifty tribes were quick to get in the queue for operating licenses. As a result, the growing list of tribal gaming options added to an already burgeoning list of licensed card rooms around the state.