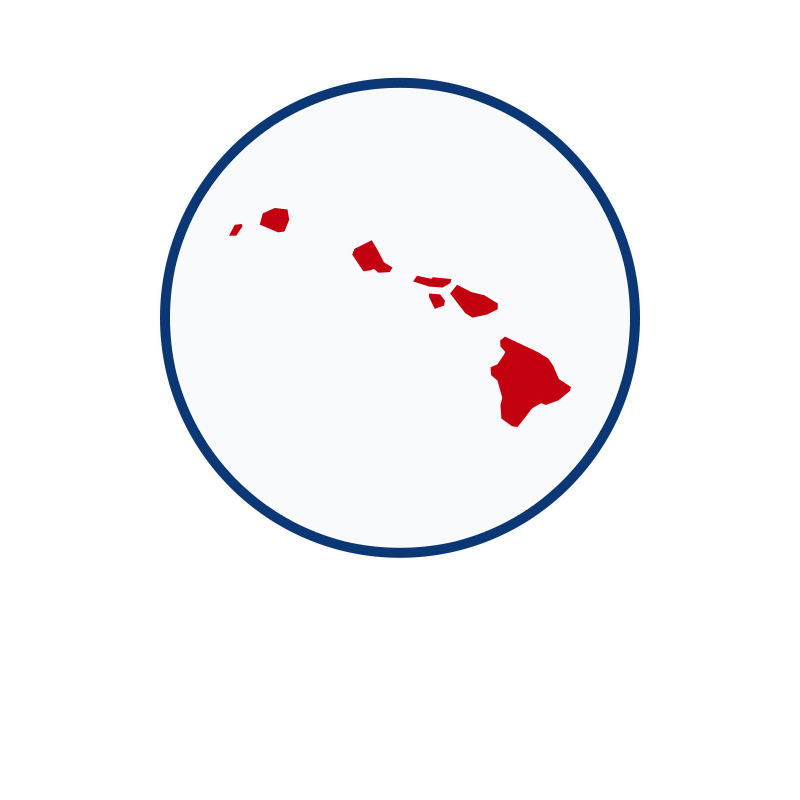 When one fantasizes about vacationing in Hawaii whilst sitting at their workstation on boring afternoons, those resultant mental images might include parasailing over Diamond Head, snorkeling the beautiful, turquoise waters of Hanauma Bay, or spending languid nights, bathed in the flickering lights of campfires and Tiki torches. Others might picture deep-sea fishing, surfing, or taking a helicopter tour over the Arizona Memorial in the heart of Pearl Harbor.

While the interest of the individual might vary when mentally planning that next vacation, what all these fantasies have in common is that none of them involve sitting in your hotel room staring at your laptop computer. After all, you go to paradise to enjoy paradise, and that fact has had a dampening effect on efforts to regulate online poker in the Aloha State.

Additionally, the residents of the islands themselves seem cool to the idea of adding regulated gaming, of any type, to the heat of their beautiful tropical home. As an interesting aside, Hawaiians might not want to see their islands taken over by poker rooms and casinos, but that does not mean that they don't like to place the occasional wager.

According to travel experts, Las Vegas is the vacation destination that bored Hawaiian office workers are fantasizing about and is the most popular destination point for the island's residents with an array of cheap flights available.

These cultural and economic biases against gambling and poker are backed up by state legislation than bans just about all forms of gambling in the islands.

When it comes to regulated gambling in the Hawaiian Islands, the state legislature has adopted the Nancy Reagan mantra of, "Just Say No."

Under Hawaiian state law, they have outlawed gambling. Under the relevant legal code, it notes, in part, "A person commits the offense of gambling if the person knowingly advances or participates in any gambling activity," which would be charged as a misdemeanor.”

The statute further lays out a definition of what the state considers gambling under the law and the viewpoint is expansive:

"A person engages in gambling if he stakes or risks something of value upon the outcome of a contest of chance or a future contingent event not under his control or influence, upon an agreement or understanding that he or someone else will receive something of value in the event of a certain outcome."

This is where gambling fans stand in the Aloha State because of this restrictive language:

Casino Games—are strictly against the law in Hawaii, and the closest Hawaiian residents can get to the nearest roulette game or slot machines are to be found on the mainland nearly 2,500 miles away.

Sports Betting—was once a favored pastime in the islands where horseracing thrived in popularity beginning in the 19th-century. Equestrian competition fell out of favor sometime in the 1940s, and there are no longer any racetracks or pari-mutuel betting machines that exist in the state.

Lottery Betting—is not an option as the state is only one of a handful who have not authorized a regulated state lottery.

Bingo Games—have traditionally served as an outlet for charitable fundraising efforts and a way to scratch that gambling itch, but Hawaiian law makes no provisions for such activity.

Live Poker—in Hawaii it is prohibited in the public sphere. Social poker games are legal under strict regulations formulated to exclude what amounts to tavern or pub leagues. Specifically, no house or establishment can take a profit from the games and this extends to food service and beverage vending.

Online Casinos and Poker—is covered under the broad definition of what constitutes gambling, and the provision concerning prohibitions against any gaming outcome determined by a chance element, regardless of whether skill plays a role, is illegal in the state.

While the Hawaiian legal code does not specifically target the practice of online poker play, the provision against skilled wagering is unambiguous. That being the case however, when it comes to enforcement of online gambling statutes, the long arm of the law invariably reaches towards those operating the online website rather than the individuals playing poker online. As mentioned, playing poker is an illegal activity that could earn the casual player a misdemeanor charge if convicted.

Is it Legal to Play Poker in Hawaii?

The legal argument that allows players in other states to navigate the grey area where the "skill element" is in play, Hawaii's legal language seems to bar even this approach. The skill element is crucial to circumnavigating laws aimed at games of chance. Specifically, a level of skill is necessary to play the game of poker that adherents cite as a possible loophole to existing legislation. As much as skill plays a role in successful game play, it can't be denied that chance plays a role in any victory at the poker tables, however.

For those waiting for Hawaii to regulate online poker, it would be advisable for them not to hold their breath. Remembering that Hawaii was originally colonized at a time when nationalism was cloaked in the need to spread Christianity, there remains a sizable community of Mormons and other devout Christian denomination that fear the social cost that regulated gaming could bring to the islands.

Economic concerns also play a strong role. The tourist industry, from the biggest hotels to the smallest beachside clothing shop, is also universally against the idea in general.

On the legislative front, two bills to establish a regulated gaming option, HB2422 and HB2316, proposed the establishment of a state lottery commission that would in turn be responsible for overseeing all internet-based gaming options.

The proposal allowed gamblers over the age of 18, physically located within the state to gamble legally at online casinos, and lawfully licensed poker websites, but neither measure advanced in the legislative process being killed off before leaving committee.

History of Gambling in Hawaii

When Captain Cook made his 1778 discovery of Waimea Harbor on Kauai Island, the native inhabitants were known to have a long history of gambling during the ancient Hawaiian New Year festival of Makahiki. The four month festival was a celebration of peace, harvest, and games of relaxation. Racing, boxing, wrestling, and other forms of diversion were readily available, and English sailors chronicled their betting habits on the games.

The first horse arrived in the islands in 1803 as gift to King Kamehameha I who quickly fell in love with the animal. Soon, more horses were brought to the islands and racing became a accepted pastime of the royalty, affluent landholders, and plantation workers alike by the close of the 19th-century.

The territory's racetracks crested in popularity in the 1930a and 1940s, frequented by service members stationed at the various military bases during World War Two. The Second World War brought national attention to the islands and subsequently encouraged mainlanders to want to come to the islands owing to the island's natural beauty. As tourism ramped up in the post war years, racing fell out of favor, and was prohibited entirely by the state's 1959 entry into the United States as the final state in the Union.