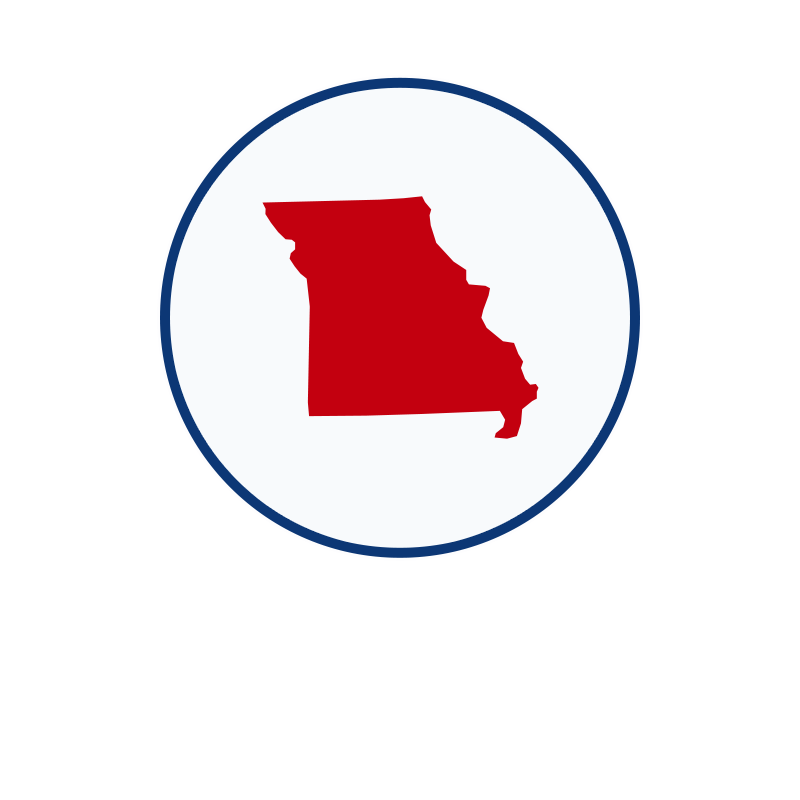 Floating down along the muddy banks of the Missouri and Mississippi Rivers, playing a hand of three-card Monte, aboard the deck of a riverboat steamship is evocative of a page torn from the books of acclaimed novelist Mark Twain, and that literary history is alive and well in the Show Me State. Indeed, the state's historical position on gambling has traditionally been one of contemplative deliberation in the past.

For those looking to the future of gambling in Missouri, this past action might prove predictive as regards the state leadership's desire in Jefferson City's willingness to expand their regulatory activity towards the online gambling market.

They have traditionally taken a pragmatic "wait and see" attitude regarding gambling regulations in the past, so industry experts expect them to continue watching the performance of the handful of states that have moved to regulation of the online gambling market, Nevada, New Jersey, and Delaware before committing to an online regulatory plan of their own. Effectively, the Show Me State has become the Show Me the Money State.

Until that happens however, Missourians have a myriad of gambling options available to them ranging from playing the state lottery to wagering at any of the tribal or commercial casinos that dot the landscape and waterways of the state. In fact, in a nod towards its rich gambling past, riverboat casinos are the preferred venue for gambling in Missouri.

Under state law in Missouri, illegal gambling occurs when a player risks "something of value upon the outcome of a contest of chance or a future contingent event not under his control or influence." Generally charged as a misdemeanor, a quirk in Missouri case law makes a special allowance for professional poker players.

Specifically, if a professional player is caught in an illegal game, and professional is defined as someone who "has earned a minimum of 20% of their yearly income in any of the last five years, they would be charged with a Class D felony.

Like most jurisdictions, Missouri reserves its harshest penalties for the owners and operators of illegal gambling sites and that is where the lion share of their enforcement efforts are pointed. Depending on the size of the operation, game organizers can face charges ranging from a serious misdemeanor to a felony charge on their permanent legal record.

The legislature has authorized social gaming in which friends congregate around a table for a friendly game of poker. Under the details of the legal passage, social gambling is legal as long as all the players are on an even footing as regards the game. In other words, players can not charge a fee for the game or take a rake on the profits as a result of hosting the game.

Like most jurisdictions, Missouri does not directly address the internet as regards to poker although there is room for interpretation within the legalese that is suggestive that online poker play is considered illegal in the Show Me State.

To begin with, the state has not regulated the online gambling market, so by dint of this legislative oversight, playing in an unregulated Missouri based game would fall within the realm of prohibited practices. Secondly, the Missouri legal code seems to single out gambling technology in Section 572.070 with a broad definition that would effortlessly encompass cards and chips in a poker game, and theoretically could include the software and computer used when playing a game of online poker.

That being said however, Missouri, like just about every other state in the nation, has no prosecutorial record of going after individual players participating in online gambling opportunities. While the same cannot be said of the operators of those sites, poker sites based offshore are beyond the legal reach of Missouri's long arm of the law. As such, Show Me State residents have ready access to a cornucopia of offshore, USA facing websites willing to take applications submitted by players hailing from Missouri.

Is it Legal to Play Poker in Missouri?

While the state frowns on the playing of unsanctioned gambling contest, those games that fall under the umbrella of regulated gaming activity are more than welcome to sit down and buy a pile of poker chips. Specifically, since November 1992, Missourians have legally been allowed to gamble at any of the state's riverboat gambling facilities. Originally mandated to be under power when game action opens, those requirements were relaxed within a decade, and now you will find huge floating facilities, sitting on barges and lashed to the mooring pylons.

Unlike their Mississippi Neighbors, Show Me State casinos are not generally open 24-hours, so you will want to check with each casino before scheduling your evening out at the gaming tables. In addition to a variety of slots and table games, Missouri residents can take advantage of a range of card games including poker.

As might be expected, demographically speaking, the state's more than a dozen casinos are clustered in Saint Louis and Kansas City, Missouri, but rural districts have an opportunity to get in on the action with casinos in their neighborhoods.

Amidst the legal code of the State of Missouri, you will find a social gambling carve out that allows for friendly games of poker that are allowed as long as all players at the table are on an equal footing, and the host of the game will only stand to gain based on her skills at playing poker. In other words, the game's organizer does not stand to benefit from hosting the game either through an admission charge, food or beverage charges, or a rake of the pot.

Finally, although players would be traversing a gray legal area, playing online poker in the Show Me State would be legal owing to the state's lack of clarification on the subject, and everyday thousands of Missouri residents take to their mobile devices for a chance to play real money poker on offshore websites.

Missouri's voice is largely absent from the national conversation regarding the regulation of online gambling sites. While undoubtedly watching the progress of that handful of states including Nevada, New Jersey, and Delaware that have made the move to online gambling regulations, Missouri's efforts seemed aimed at growing and nurturing their water-based, land-moored casinos rather than exploring the reaches of the online gambling market.

Specifically, industry experts have focused on the opening of the latest casino offering, Isle of Capri Casino, which has directed their focus inward towards brick-and-mortar establishments within the state rather than outward towards the Internet gambling landscape. Additionally, media attention has concentrated in recent years on ongoing technical troubles associated with the reopening and rechristening of Hollywood Casino.

At the moment, the state has no infrastructure to help launch a real money gambling platform such as pari-mutuel betting or state lottery games. These frequently serve as a technical launching pad for an online gambling regulation measure.

Strong casino interests in the state serve as a block against expansion into the online gambling market, but this calculation could quickly change should their current business model be seen as struggling. A recent spate of casino closures, coupled to declining revenues at those that remain open, could be the catalyst for casino owners to reappraise their position.

As it stands, the current status quo is unlikely to change in the near future. There is simply no impetus for legislative change at the statehouse in Jefferson City, Missouri, so it is unlikely that the state will appear in the column of those states likely to be among the next tier of jurisdictions moving towards regulation of online gambling. While Missouri is decidedly pro-gambling, there is no pending legislation or discussions of any type going on in the State of Missouri.

History of Gambling in Missouri

The area of the southeast United States that would become the State of Missouri enjoyed a rich gambling history long before European settlers made their presence known during the 17th-century. According to the archeological record, indigenous peoples populating the area were known for enjoying and wagering on contests of speed, strength, and endurance in the centuries leading up to French penetration of the area.

Once the United States took control of the area between the time of the Louisiana Purchase and Missouri's 1820 entry into the nation, gambling became a regular feature of the state's cultural landscape. It was no coincidence that the state began their foray into modern day gambling regulation with approval of riverboat-style casinos.

Indeed, the state was well known as the riverboat capital of the world during the 19th-century, and that prevalence dominated until the end of the 1890s when the practice began to be culturally frowned upon. While the state did move against organized gambling, poker and other illicit games of chance were driven underground for the first three quarters of the 20th-century.

The decade of the 1980s opened with the legalization of charitable bingo in Missouri, and was followed five years later with a legal move to allow statewide lottery games. Today, the lottery is extremely popular with Missouri's participation in multistate Powerball games.

Finally, like most states following passage of the Federal Indian Gaming Regulatory Act, tribal and casino interests entered the state in the 1990s, which has led to the growth of the billion dollar casino industry that exists today in the Show Me State.